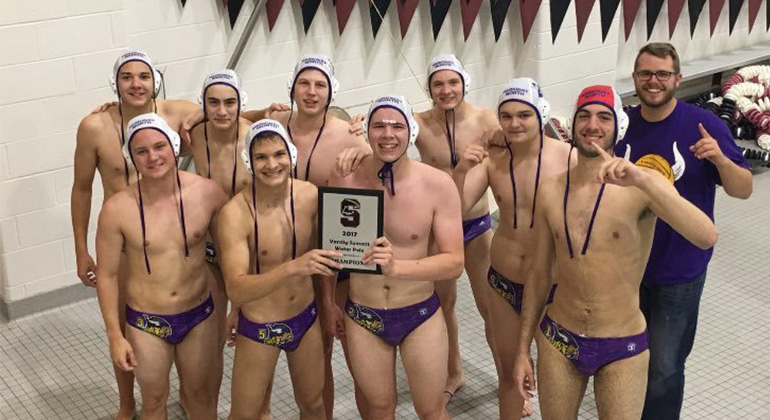 As the school year comes to an end, the water polo season does too. Going from continuous losses to a great comeback, the varsity water polo team placed 10th at the end of the season.

“We started off doing terrible with seven losses. But towards the middle of the season, we started to do well and we had a twelve game winning streak. At the end [of the season], we ended up placing 10th. Considering what happened in the beginning, I don’t think anyone would have expected our winning streak,” said junior Will Borders.

Borders has been playing water polo for three years and has become a lifeguard because of it. He’s been using his lifeguard experience to improve his skills in water polo, also.

“I felt like I did a lot better [this year] than last year. I used to throw the ball just to try and shoot it in and pass as fast as I can to get the plays going faster, but now I have more control of the ball and pay attention to my surroundings to know if I’m able to take time with my shots and passes,” said Borders.

Water polo is a sport for both experienced and first-time players. Junior Isaac Ricklefs started this season and already became the leader of the JV team.

“For my first season, I think [water polo] is pretty interesting. I still haven’t learned how to tread water properly though. In my opinion, it’s a lot harder than land sports. This season, I think I did a great job of becoming a leader of the JV team. I did a good job at developing my shot off the pass. Although I was doing well while shooting, I need improvement on my passing skills. I would like to be able to make nice soft passes that don’t get stolen [by the other team],” said Ricklefs.

For being a first-time player, Ricklefs is able to assess both himself and his team proficiently in order to celebrate good qualities and make efforts to brush up on weak ones.

“As a team, I think our perseverance was great. We were normally short on players, but [we got through it]. We could’ve paced ourselves better during the games so that we wouldn’t get tired or focused more on communication so that our plays are able to flow smoother. Overall, we held our own weight and we never gave up and that’s really all anyone should ask for,” said Ricklefs.

“Personally, I think I did alright. I could’ve done a lot better though. I need to work on being able to swim faster, but for my first time, I think I was pretty good at just knowing what was going on during the games,” said Stout.

Coach Brian Kaestner established a mentality of perseverance and determination in both returning athletes and first-time players.

“I’m glad I chose to play water polo this year. I love swimming and a lot of my friends played with me, too. It was so much fun,” said Stout.