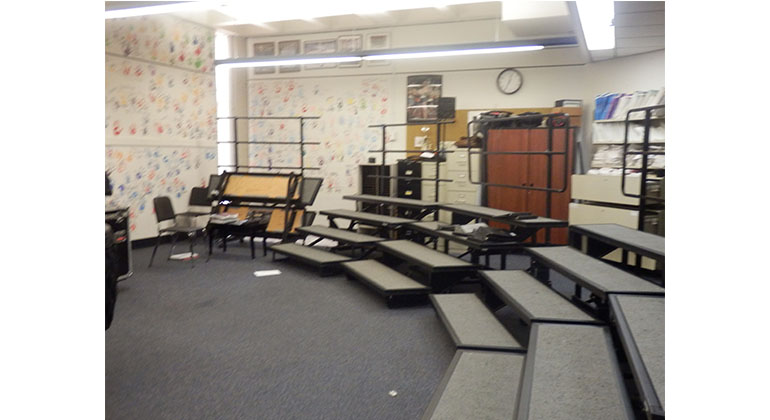 Choir instructors Brian Reeves, Elizabeth McFarland, and Paul Cereghino were tasked with organizing the concert, ensuring that it went off without a hitch.

“[The concert is] the final time that all the kids sing together. Next year, the choirs will be great, but it won’t be exactly the same,” said Reeves.

While the concert serves as an avenue to unite all of the choir students, it is also a time to say thank you and farewell to seniors, as well as celebrate their time in the program.

“The spring choir concert was a time to have fun, send off the seniors, make sure they had a good time, and to always remember high school,” said freshman Bryce Allen.

“It’s also a time of saying bye to our seniors and send them off in style, [since] they’ve been singing for four years” said Brian Reeves.

Overall, the concert was filled with positive sentiment, as well as good music.

“We gave a great performance for what we had and the songs that we did. All the other groups were great, and it went really well,” said freshman Bryce Allen.

Now that the concert has happened, and the seniors have left, the band looks forward to next year. The concert also acts as a way to celebrate the end of the year.