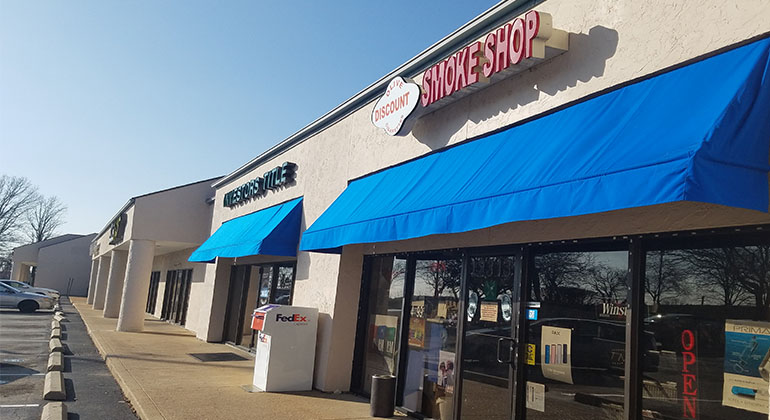 “My advice? Don’t vape. I’m serious,” said owner of Discount Vapers, a company that sells vapes and vape gear. He goes on to say, “If you think vaping is safe you are wrong, it is not.”

Unfortunately, many teenagers are not heeding this owner’s warning.

One anonymous student from Parkway North said he vapes because “I didn’t want to get addicted to cigarettes. I just asked for [a vape] from a friend, who’s eighteen, to buy it [for me]. I was at a hard time in my life.”

Nicotine-free vapes are an electronic cigarette that don’t contain nicotine and come in many different forms such as mods, pens, and coils. In them are juices called pods, which hold the flavor and chemicals that get vaporized and users feel a buzz. However, the buzz isn’t quite worth it. The pods contain harmful chemicals.

“There is some discussion about ‘popcorn lung’, which is a real thing. It is not cancer but it is similar to COPD and emphysema and is caused not by smoking but by the chemical diacetyl which is found in the buttery flavoring in microwavable popcorn and in e-cigarettes. This chemical causes scarring in the lungs which makes it hard for air to flow freely, causing shortness of breath and a lack of oxygen flowing to vital organs like your brain,” said clinical nurse coordinator Melissa Strathman, who has specialized in oncology for fourteen years and is now working closely with different types of cancer.

Many have said that nicotine-free vaping is safe because it doesn’t include nicotine and it is “just water vapor”. But that is far from the truth. The chemicals put in the juice may include nickel and chromium, both cancer causing chemicals, plus some toxic metals that the vapes are made from that end up getting absorbed in the juice. The health impacts of the chemicals and from the extreme high heat used to vaporize the juice cause bleeding mouths and throat sores that are slow to heal. Mouth cells become inflamed because of the high heat and it leads to gum disease and tooth loss. The inner lining of the lungs become burned off and lungs get damaged. Users will develop smoker’s cough, and the immune system becomes extremely compromised.

As if these problems weren’t already severe, JUULs make them worse. JUULs, as well as other brands of e-cigarettes, include nicotine, a drug that stimulates the body and is extremely addictive. These companies take advantage of the fact that once a person is addicted, it will be very hard to stop if they even want too. One pod in a JUUL contains 5% nicotine, which is equivalent to a whole pack of cigarettes.

One anonymous student said, “I’m addicted and it’s hard to quit. I tried once through a friend and then it just helped [me] with stress.” This student made comments about JUULing before a test, before parties, “before everything”. They have not gone one day without JUULing. “Too many people have warned me. It’s good to know, because it could be really bad for you. I wouldn’t want other people to do [JUULing].”

This student is a prime example of how the addiction takes control of your life, to the point where this student knows the consequences and would not wish for anyone to start, but cannot stop themself.

E-cigarettes were originally advertised as a tool to quit smoking since by themself they are less addictive and dangerous than cigarettes.  However, new studies show that people who began vaping nicotine-free liquid are moving to liquids with a higher concentration of nicotine for a higher buzz, which in turn leads people to get addicted to the nicotine and cigarettes. Thus doing the opposite effect that they were proposed to do.

This is not the first time that big companies have manipulated people into buying their products. Many of the flavors for the JUULs and vapes are directed towards kids and teenagers, with flavors like bubblegum and cherry, despite the fact that they are illegal for kids and teenagers.

Any form of e-cigarettes, like vapes and JUULs, are illegal for people under 21 to buy and use. If caught, the punishment could be anywhere between a $50 fine to jail time.

If a student gets caught on school grounds, Parkway North’s 9th grade counselor, Jamesell Kee, said, “It’s treated just like any other illegal substance. Depending on the way it is, in terms of, ‘is it that your carrying it or is it [that you are using], you’re looking at some type of suspension.”

Luckily, people like members of High School Heros are educating the younger generations, like this year’s sixth graders, on why e-cigarettes are not okay.

Sophomore and High School Heros member, Hannah Thiede said, “We will be incorporating [information on JUULs]. We are showing them how they are harmful, what’s in them, and what we don’t know what’s in them, which makes it ten times more harmful.”

With all of consequences and harmful side effects, using e-cigarettes isn’t worth the risk.