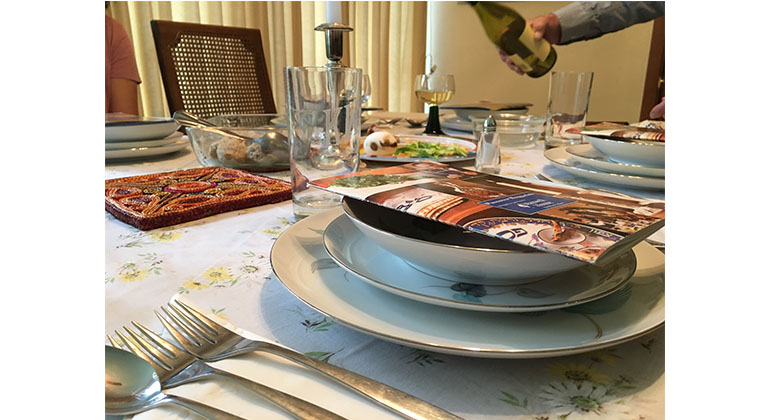 There are many things that Spring can bring: warmer weather, the end of the school year, times of relaxation. But for many of North’s Jewish students, Spring brings a very important holiday that allows for a test of strength and a revisitation of one’s values. Passover, the holiday which commemorates the Jewish people being freed from slavery in Egypt, was recently celebrated from sundown on Monday, April 10 to sundown on Tuesday, April 18, and requires followers of the Jewish faith to refrain from eating anything that has any sort of leavening agent.

“I’ve had the intention of keeping kosher for Passover in the past but not this year. I broke it on the first day because I went to New York City [with my rabbi] for a confirmation trip and there was a ton of good food [that I wanted to eat],” said sophomore Danielle Goldberg. “[In past years], I didn’t eat bread and ate a lot of matzah, but I don’t really like matzah. The longest I’ve kept kosher was three to four days, but I usually keep it for one day.”

Though there are some differences in how long to keep kosher for Passover depending on the sect of Judaism being practiced, the experiences of celebrating Passover are generally the same regardless.

“I think that I have a really strong feeling about being Jewish, and I think that these labels separate us more than they should. The Jewish experience could be for everyone,” said sophomore Madeline Hartranft.

Hartranft, whose family immigrated to the United States to gain religious freedom, feels a strong sense of reverence for her ancestors when it comes to celebrating holidays like Passover.

“My great grandparents came over from Europe to make sure that I could [practice] my religion freely so I want to honor them [by keeping kosher]. My whole family has a sense of respect for them,” said Hartranft.

The seder, which involves the retelling of the story of the Exodus, is a very common way for families to come together during the holiday and discuss the effect that the liberation from slavery has on the Jewish people.

“My family had one seder and then another dinner because we had to go to one on my dad’s side of the family and my mom’s side of the family,” said freshman Danielle Platke. “It was nice seeing my family. My uncle came in town and I hardly see him [because] he lives in Kansas City.”

In modern times, Passover has the ability to remind the Jewish people of the importance of looking out for others and to think of the struggles that other people may be going through.

“Passover is about remembering that the Jewish people were slaves and [celebrating] Passover represents remembering the hardships of our ancestors. There’s definite suffering and pain today, and Passover reminds us to be welcoming to other people,” said Goldberg.

by Kyle Wolff, Side Dish Czar