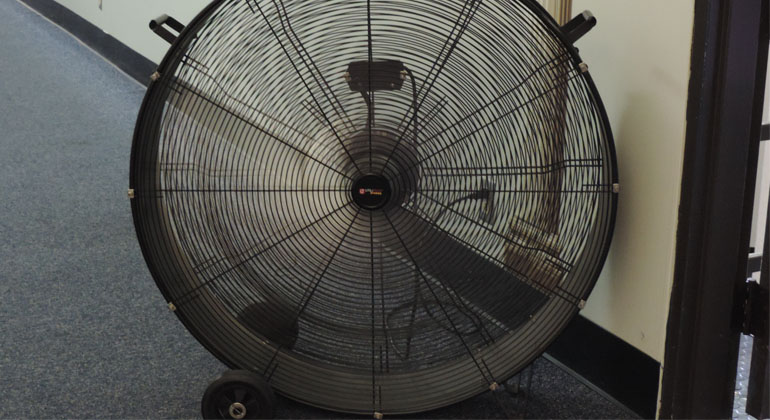 News opinion
April 17, 2017May 2, 2017 admin
With broken air conditioning and the temperature getting hotter and hotter, the PNH staff have tried to put fans all over the building to help with the heat. However, this has not helped all parts of the building. This has caused students and teachers to be very uncomfortable in the heat.

Freshman Kaylyn McKoy said, “They should already have [fixed the air conditioning] considering it’s getting warmer but we need to have it done before May.”

To make matters worse, the weather is getting warmer, which means that the lack of air conditioning is going to become even more of a problem. It is not to concentrate on academics when all a student can think about it how hot they are.

Sophomore Daniel Ard said, “The hottest area would be the commons for the fact that there’s sunlight coming in from all sides and there’s no air conditioning.”

The lack of airconditioning has affected not only academics but athletes as well.

“It hasn’t really affected me at all, considering I don’t do sports, but [it is has affected] anyone who does do sports. When they come in to cool down, it will be just as hot as it was outside,” said Ard.

The estimated time until the construction is over is years away. Until then, student and teachers will need to figure out ways to stay cool during the hot days of spring.