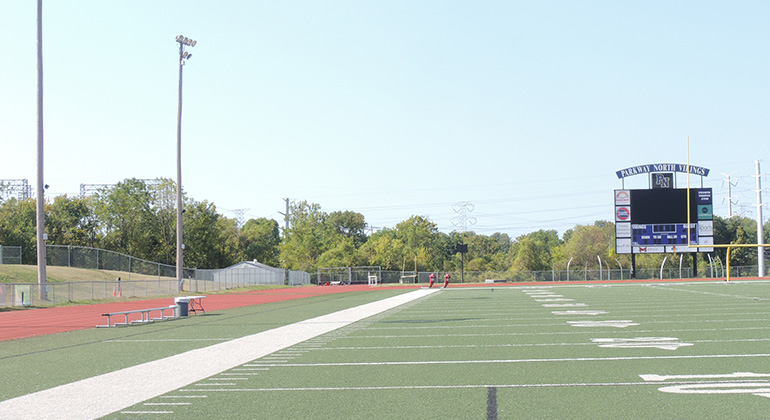 Parkway North has some rich traditions: one is the homecoming football game. Every year, students, parents, and alum come together to watch the game and cheer on the Vikings. This year, on Oct. 7, the Vikings will be taking on Webster Groves for the homecoming game.

“It will be a tough game. Webster has had a great year so far, and they are also in our conference so it means a little more. I have always loved homecoming games and with it being on Saturday, it almost has the college football feeling that everyone loves,” said football Coach Bob Bunton.

The homecoming football game is special for many people, but it carries even more weight for seniors on the team because it is their last home game.

“It’s hard to explain the energy that the stadium has during the game, but being with my brothers and with the fans support helps us play better. There is just no better feeling than the kickoff at 1:00 p.m. on homecoming Saturday,” said senior Israel Lewis.

Along with the feeling of playing during homecoming, there is also a big emphasis on winning the last home game.

This year’s homecoming game is a little more special for the seniors because it is also Senior Day. Every senior will be honored before the game and thanked for giving up their time and working so hard for North’s program.