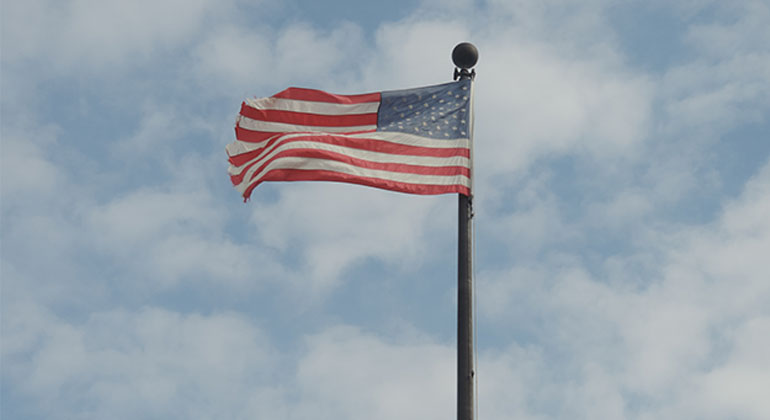 “I pledge allegiance to the flag of the United States of America, and to the republic for which it stands, one nation under God, indivisible, with liberty and justice for all.” This short creed of loyalty to the USA, written in 1892 and revised into its current wording in 1954, has been one of controversy in the past. Missouri’s new legislation is now raising eyebrows by stating that “the Pledge of Allegiance must be recited at least once per school day in schools supported by public funds” (House Bill 1750).

This legislation came at an inopportune time, Aug. 8, 2016, in which many American inhabitants witnessed the media controversy surrounding 49ers quarterback Colin Kaepernick’s silent protest during the National Anthem on Aug. 26. “I am not going to stand up to show pride in a flag for a country that oppresses black people and people of color,” said Kaepernick to NFL Media. “To me, this is bigger than football and it would be selfish on my part to look the other way. There are bodies in the street and people getting paid leave and getting away with murder.”

Many have decided to stand, or sit rather, with Kaepernick including fellow athletes. Some members of the North High community have also shown their disdain for the injustices in the country and choose to support those disenfranchised by American legislation by staying seated during the reciting of the anthem.

Junior Chu-In Bonkougou reasons that she cannot stand during the pledge due to the multiple injustices against Black Americans, including the senseless murders of black men.

“Everyone knows about the shootings of black men…that have been occurring as of late with no justice, and the National Anthem and the Pledge is just another reminder that the safety and rights of people of color have never been and still are not a priority along side all other human rights in this country,” said Bonkougou.

However, some people view the National Anthem as a way to show respect for those who serve and for the country. They view the refusal to stand during the anthem as disrespectful.

“[The Pledge] is the basic principle of what our country was founded upon, and even though I know that when it was founded it did not necessarily mean me, I think that vision has grown and that people being able to see people as people. I understand why some people are upset, and do I share that same sentiment at times? Yes I do, but I choose to express mine in a different way,” said Dr. Tori Cain, who served in the Army Reserve for 8 years.

Even people who understand the injustices that are happening in the USA acknowledge the opinions of the other side.

Ceramics teacher Carlynn Forst said that she has a hard time standing and saying a pledge that doesn’t equally represent all groups of people that live in this country. But she also “thinks [the Pledge] is an effort to unite the country as a whole to generate patriotism and promote nationalism.”

Despite these good intentions, with so many recent injustices happening, it is difficult to say words that are untrue for so many. Therefore, this was not the appropriate time for the Missouri legislation to make this mandate and students, as well as all Americans, should be allowed to express their opinion and draw attention to much needed discussion about inequality.

“I have a very hard time requesting my students, who have a much different life experiences than I do, who leave this school and have to live their lives with so much more caution, to [stand during the Pledge]. And from where I am standing, I am not going to pledge allegiance to anything until this is corrected. We do have a lot of potential as a country, but I honestly can’t look at that flag and say that this state that we’re in right now has the merits of me pledging my allegiance to it,” said Forst.

“I know what the flag and what the Pledge means to me, but if it doesn’t mean that [for someone else], then that’s personal expression and I do believe in someone’s right to express how they feel. It does bother me in a sense but what I’ve come to is that maybe they have a reason why,” said Cain.