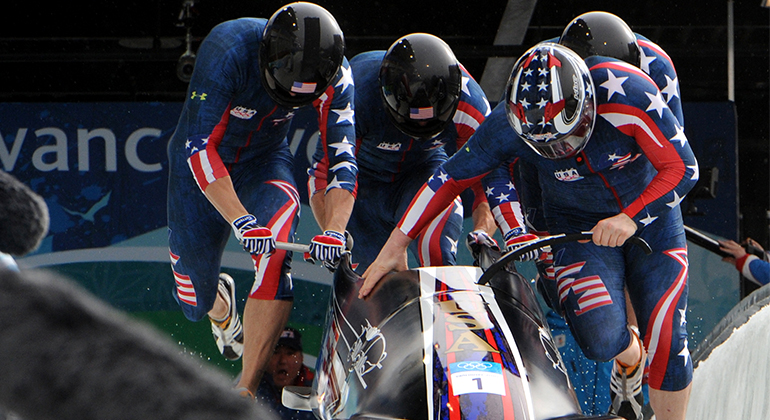 From the Opening Ceremony to winning gold, this year’s Winter Games were eventful. Countries from around the world, including the United States, Canada, and Mexico, competed for first place in various events.

The Opening Ceremony was held Friday, Feb. 9 in Pyeongchang, South Korea. The ceremony included drone formations, the lighting of the Olympic flame, and performances highlighting South Korea’s culture. The ceremony also featured a performance from 13-year-old guitarist Yang Tae-hwan playing “Winter” from Antonio Vivaldi’s Four Seasons. After the performance was done, the athletes entered the arena with representatives holding their country’s flag.

“Figure Skating was my favorite because I also figure skate, so I actually understand what’s happening, and I think its a cool and interesting sport. I feel anxious to see what’s next for the Olympic figure skaters,” said freshman Sarah Fatzinger.

Norway had the most medals with 39 medals, Germany had the second most with 31 medals, Canada had the third most with 29 medals, and U.S. had the fourth with 23.

“I think [the U.S.] tried hard, but we could have done better in specific areas like skating and other sports, but I was proud that we did good in the men and women’s halfpipe in the snowboarding category,” said freshman David Melamed.

Seventeen year old snowboarder Red Gerard took his first gold medal home, along with 31-year-old Shaun White. White felt honored to be the first three-time Olympic champion in the snowboarding category. Gerard felt tears of happiness going from last place in the snowboard slopestyle to finally being a champion. Jamie Anderson won gold in the women’s halfpipe and Chloe Kim won gold on the women’s halfpipe.

“I felt really happy when Shaun White won gold because last year, he had a lot of trouble, and he didn’t place at all and he also got injured. It was nice to to add two more gold medals to the U.S team,” said freshman Marie Garlich.

Mikaela Shiffrin was proven spectacular since she won two medals in two different sports at single games and she also won the women’s slalom.

Kikkan Randall and Jessie Diggins made history when the cross country ski team won the very first gold medal for the U.S.

“It’s a privilege and an honor to not know your just racing for yourself but also for your teammates which makes us as a team very special and dedicated to one sport,” said Diggins.

The men’s curling team including John Shuster and his team scored five points to get  U.S. first gold in men’s curling.

“I thought the men’s curling team did so good, and I was surprised on how well John Shuster was especially since we haven’t won gold in this category in awhile. They were so good working as a team, and they deserve gold very proud,” said freshman David Melamed.

Lindsey Vonn, who plans to retire after the Olympics, took home bronze in women’s alpine skiing.Sofia Goggia beat her and took gold. Vonn was very appreciative for taking third place rather than placing no place because since Vancouver last year, she had knee construction, multiple broken bones, nerve damage, and shredded cartilage.

“I’m upset that Lindsey Vonn will no longer be competing, but I know she will move on to bigger and better things. Whatever she does, she will be amazing, and I say she had a good run,” said freshman Katie Klein

The closing ceremonies took place on Feb. 25 including the passing of the Olympic torch to Beijing, China, who will host the 2022 Winter Olympics.  The Olympics were very unique this year because so much had happened in a short amount of time.

by Ellie Canizares, Side Dish Czar